Chat with us, powered by LiveChat

The EDWIN Project (Early Detection Wildfire Imaging Network) is a UTOPIA Fiber initiative that monitors high-risk wildfire areas utilizing fiber-connected thermal imaging cameras. EDWIN is still in its developmental stages as we design methods to analyze the live feeds of these cameras to detect potential threats automatically. This project began as a BYU capstone project in collaboration with UTOPIA Fiber and is now managed by the UTOPIA Fiber Smart City team.

Wildfire poses a severe risk to both people and property in Utah, where, in 2019, approximately 92,380 acres of land were destroyed by fire. According to Utah’s Department of Agriculture and Food, Utah averages 1,300 wildfires which burn 250,000 acres each year. Previous reporting methods relied predominately on human detection, and incidents were most commonly reported by residents using web forms or phone calls.

Thermal imaging cameras have a unique ability to detect minute temperature change and developing hotspots that could lead firefighters to wildfires long before smoke is visible, significantly cutting down on response time and potentially saving lives and property. This project would not be possible without fiber connectivity, which allows immense amounts of data to move instantly and notify officials automatically.

We currently have thermal cameras installed and monitoring the landscape at the following locations, with more to come:

We invite any city officials, no matter their geographical location, that are concerned about wildfires in their community to contact us about this project. 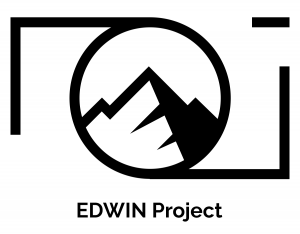 For more information on this project, check out the EDWIN Project website.

We have switched payment providers! We are now accepting online payments through Xpress Bill Pay.